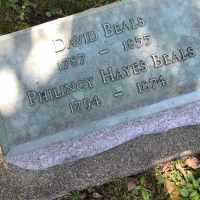 The Philadelphia Convention was intended to be the first meeting to establish the first system of government under the Articles of Confederation. From this Convention, the Constitution of the United States was made and then put into place making it one of the major events in all American History.
1797 · Albany is Named Capital of New York

Albany became the capital of New York in 1797. Albany is the oldest continuous settlement of the original 13 colonies.
1808

The History of Jesse Beals and His Family

HISTORY OF JESSE BEAL AND HIS FAMILY By Vennis Kay Hansen Lundell 23 July 2020 The Father of Jesse was Reuben Beal, his surname is often written in one of two ways “Beal” and “Beals”. Reuben Beal e …