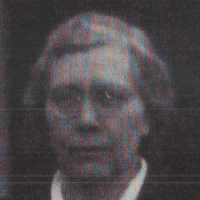 The Life of Ruth Almira

Put your face in a costume from Ruth Almira's homelands.

The Klondike gold rush started in 1896 in Canada, but by 1897 as miners started moving and following the gold it caused for Seattle to rapidly grow as more miners joined the search for gold.
1898 · War with the Spanish

After the explosion of the USS Maine in the Havana Harbor in Cuba, the United States engaged the Spanish in war. The war was fought on two fronts, one in Cuba, which helped gain their independence, and in the Philippines, which helped the US gain another territory for a time.
1920

1 English: topographic surname for someone who lived near a church. The word comes from Old English cyrice, ultimately from medieval Greek kyrikon, for earlier kyriakōn (dōma) ‘(house) of the Lord’, from kyrios ‘lord’.2 Translation of German Kirch .