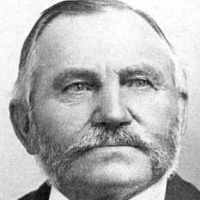 The Life Summary of Ludwig Louis

Put your face in a costume from Ludwig Louis's homelands.

Ludvig Stursberg was born August 19, 1835 at Lenneo Rineland Prussian (Germany) thtursbert, a restaurant owner and baker of Lennep. His mother was Lisette Ephlichs (Ehlic), a daughter of a blacksmith …