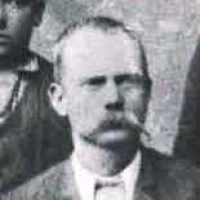 The Life of Charles Joseph

Put your face in a costume from Charles Joseph's homelands.

1 English: occupational name for a dyer, Middle English litster, an agent derivative (originally feminine; compare Baxter ) of lit(t)e(n) ‘to dye’ (Old Norse lita). This term was used principally in East Anglia and northern and eastern England (areas of Scandinavian settlement), and to this day the surname is found principally in these regions, especially in Yorkshire.2 Scottish: Anglicized form of Gaelic Mac an Fhleisdeir ‘son of the arrow maker’.

I show in the book written by Jessie Mohe Lister Daniel that Charles was a farmer and Martha was a homemaker.