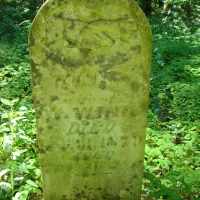 The Missouri territorial legislature submitted a request for statehood as a slave state to the U.S. Congress in December 1818. Due to interest in keeping a balance between the number of slave states to free states across the country, legislation known as The Missouri Compromise was created. This allowed Maine to be admitted as a free state and Missouri to be admitted as a slave state. The Missouri Compromise also specified that the Louisiana Purchase territory north of latitude 36° 30' would be reserved for free states and territory south would be reserved for slave states.

The first Missouri State Library was established by law on January 22, 1829. This law was created due to the large amount of public documents which had been collected in the office of Missouri's secretary of state. The library included documentation of the actions of the Missouri senate and house. The documents were cataloged and made available to the public. The public had access to any of the books in the library from sunup to sundown on any day except Sunday.
A name with many origins, to which other, rarer names have been assimilated. The principal sources are:1. English and Scottish: from Middle English, Old French parc ‘park’; a metonymic occupational name for someone employed in a park or a topographic name for someone who lived in or near a park. In the Middle Ages a park was a large enclosed area where the landowner could hunt game. 2. English and Scottish: from a medieval pet form of the personal name Peter . Compare Parkin . 3. Swedish: ornamental name from park ‘park’. 4. Korean: variant of Pak .