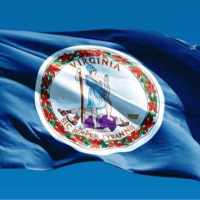 When Henry Thomas was born from 1738 to 1760, in Virginia, British Colonial America, his father, Michael Thomas, was 39 and his mother, Anna Catherine Clara Wieland, was 35. He married Catherine Simmons about 1778, in Tenmile Creek, Washington, Pennsylvania, United States. They were the parents of at least 8 sons and 5 daughters. He died on 18 April 1816, in Tyler, Tyler, West Virginia, United States, at the age of 78.