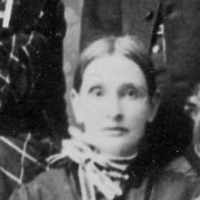 The Life of Adeline

When Adeline Johnson was born on 2 September 1844, in Utica, Licking, Ohio, United States, her father, Zalmon W. Johnson, was 39 and her mother, Susan Maxwell, was 35. She married Miles M Ward on 18 December 1866, in McLean, Illinois, United States. They were the parents of at least 3 sons and 3 daughters. She lived in Richland Township, Adair, Iowa, United States in 1880. She died on 3 December 1897, in Elgin, Antelope, Nebraska, United States, at the age of 53.

Date: Oct 25th 1891, Neligh Nebraska: Dear Sister & Family one & all, After a long absence I will try write a few lines though I don't know who wrote last you or I. Sabra was out in Sept and ADA w …