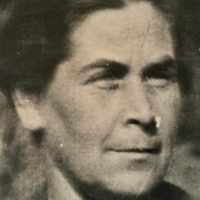 The Life of Bertha Alice

Put your face in a costume from Bertha Alice's homelands.

Statue of Liberty is dedicated.
1894 · Confederate Soldiers and Sailors Monument

On May 30, 18944 the Confederate Soldiers and Sailors’ Monument was unveiled. It is 73 feet high and over looks Libby Hill Park. the statue represents the 13 Confederate States.
1903 · Department of Commerce and Labor