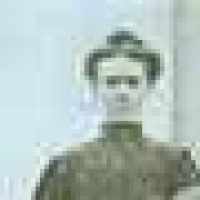 The Life of Cora Elizabeth

Put your face in a costume from Cora Elizabeth's homelands.

1 German: derivative of Stuck , the suffix -er denoting an inhabitant or agent.2 (Stücker): occupational name for an embroiderer, from Middle High German sticken ‘to stitch’, ‘embroider’ + the agent suffix -er.