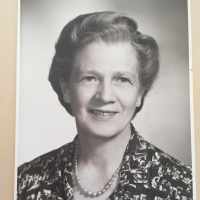 The Life of Edith

When Edith Packer was born on 25 February 1887, in Aberdeen, Aberdeenshire, Scotland, United Kingdom, her father, James John Packer, was 25 and her mother, Alice Hill, was 27. She married Arthur Sturge Blundell on 23 April 1924, in Rawene, Hokianga, Northland, New Zealand. They were the parents of at least 1 daughter. She died on 5 November 1980, in Riverton, South Australia, Australia, at the age of 93, and was buried in Saddleworth Cemetery, Saddleworth, South Australia, Australia.

Put your face in a costume from Edith's homelands.

The Forth Bridge is a railway bridge across the Firth of Forth river in the east of Scotland, 9 miles west of Edinburgh City Center. It is considered as a symbol of Scotland and is a UNESCO World Heritage Site. It was opened on 4 March and was the longest single cantilever bridge span in the world until 1919. It is still in operation.
1892

The Leith dockers strike was a strike that brought the town of Leith to a standstill after dock workers demanded an increase in pay, better working conditions, and shorter hours. The strike had an effect on the local community by not allowing trade to flow smoothly out of the docks. There totaled around 4,600 people a part of the strikes and riots but it ended near the middle of August with no demands met. since then two more strikes would happen at the same location, once in 1983 and, most recently, in 1989.