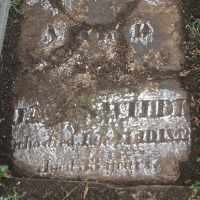 When James Wilde was born in 1820, in England, United Kingdom, his father, John Wilde, was 27 and his mother, Mary Matthews, was 22. He married Elizabeth Caroline Camp on 10 May 1847. They were the parents of at least 1 son and 2 daughters. He lived in Oldham, Lancashire, England, United Kingdom in 1841. He died on 17 June 1852, in Dubuque, Dubuque, Iowa, United States, at the age of 32, and was buried in Rockdale, Dubuque, Iowa, United States.

The Missouri Compromise helped provide the entrance of Maine as a free state and Missouri as a slave state into the United States. As part of the compromise, slavery was prohibited north of the 36°30′ parallel, excluding Missouri.
1825 · Museum of Lancashire

The Museum of Lancashire is located in the former courthouse of Preston in Lancashire, England. The building was designed by Thomas Rickman. Some the exhibits include Lancashire through the years, at work, at play, goes to war, and law and order. All depict different times and events in Lancashire county. The museum closed in 2015 and is now only opened for scheduled appointments.
1830