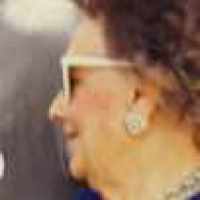 The Life of Georgia

Put your face in a costume from Georgia's homelands.

1 Irish (Munster): reduced Anglicized form of Gaelic Ó Troighthigh ‘descendant of Troightheach’, a byname meaning ‘foot soldier’.2 English (of Norman origin): habitational name from Troyes in Aude, France. There was also an Anglo-Norman family of this name in Ireland.3 Americanized form of some like-sounding Jewish surname or an Americanized spelling of Treu .