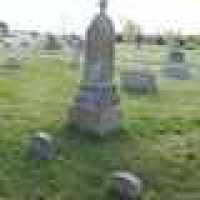 When Rebecca Lubbock was born on 31 March 1826, in East Ruston, Norfolk, England, United Kingdom, her father, James Lubbock, was 43 and her mother, Susan Hewitt, was 43. She married William Stimpson on 19 November 1848, in East Ruston, Norfolk, England, United Kingdom. They were the parents of at least 4 sons. She died on 9 November 1856, in Wyoming, United States, at the age of 30, and was buried in Independence Rock, Natrona, Wyoming, United States.