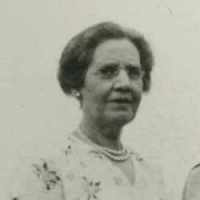 Italian, Spanish, and Portuguese: from amante ‘lover’, used in the Middle Ages as a Christian baptismal name, in the sense ‘he who loves God’.