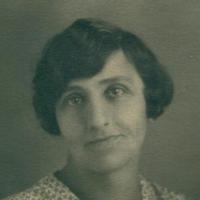 The Life of Mabel Elizabeth

Put your face in a costume from Mabel Elizabeth's homelands.

Garfield was shot twice by Charles J. Guitea at Railroad Station in Washington, D.C. on July 2, 1881. After eleven weeks of intensive and other care Garfield died in Elberon, New Jersey, the second of four presidents to be assassinated, following Abraham Lincoln.
1882

Mabel Elizabeth Ament was born October 20, 1878, in Muscatine, Iowa. She was the second of six children born to Joseph Pettus and Abigail C. (Martin) Ament. Mabel's parents were divorced about 1894. I …