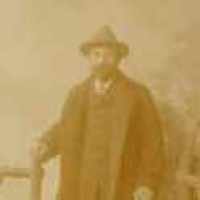 British Columbia joins the confederation.
1875 · A Treaty with Hawaii

French (Hogué): topographic name from a diminutive of hogue, derived from Old Norse haugr ‘hill’, or a habitational name either from places in Calvados, Eure, and Manche called La Hogue or from Le Hoguet in Seine-Maritime.