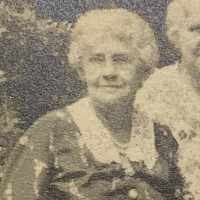 The Life of Isabell Jane

When Isabell Jane Murray was born on 23 July 1863, in Canada, her father, Thomas Murray, was 25 and her mother, Janet Lauder, was 31. She married Jefferson S Van Buskirk about 1886, in Rainham, Haldimand, Ontario, Canada. They were the parents of at least 1 daughter. She lived in Upton upon Severn, Worcestershire, England, United Kingdom in 1871. She died on 6 January 1955, at the age of 91, and was buried in Montrose, Colorado, United States.

Put your face in a costume from Isabell Jane's homelands.