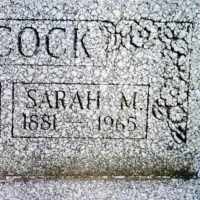 The Life of Sarah Mae

Put your face in a costume from Sarah Mae's homelands.

A federal law prohibiting all immigration of Chinese laborers. The Act was the first law to prevent all members of a national group from immigrating to the United States.
1887 · The Bagley Memorial Fountain

"The Bagley Memorial Fountain was erected in 1887 with funds from the estate of John Judson Bagley. Bagley's will ordered the construction of the drinking fountain which would provide the people of Detroit ""water cold and pure as the coldest mountain stream."" H.H. Richards was the architect for the Romanesque-style, pink granite, lionhead fountain. It is engraved with the words, ""TESTAMENTARY GIFT FOR THE PEOPLE FROM JOHN JUDSON BAGLEY A.D. MDCCCLXXXVII""."
1903 · Department of Commerce and Labor

1 German: topographic name for someone who lived by a beech tree or beech wood, a variant of Buch + the suffix -(n)er denoting an inhabitant, or a habitational name from any of various places called Buchen, for example in Baden (east of Heidelberg).2 Jewish (Ashkenazic): occupational name for a scholar or scribe, from German Buch ‘book’, Yiddish bukh + the agent suffix -ner.