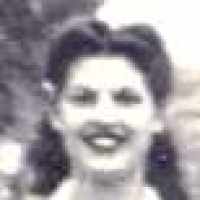 The Life of Betty Adeline

Put your face in a costume from Betty Adeline's homelands.

The Church of Jesus Christ of Latter-day Saints announced the Los Angeles California Temple on March 6, 1937.
1944 · The G.I Bill

1 English: variant of Telfer .2 Americanized form of the Italian family name Taliaferro (cognate with 1), from tagliare ‘to cut’ + ferro ‘iron’, probably applied as a nickname for a metal worker or a fierce fighter (see genealogical note).