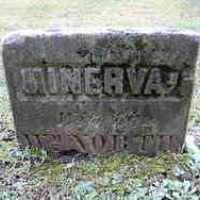 The Life of Minerva

Put your face in a costume from Minerva's homelands.

While the growth of the new nation was exponential, the United States didn’t have permanent location to house the Government. The First capital was temporary in New York City but by the second term of George Washington the Capital moved to Philadelphia for the following 10 years. Ultimately during the Presidency of John Adams, the Capital found a permanent home in the District of Columbia.
1811

"ASHTABULA COUNTY - This county was formed 7 June 1807, and was taken from Trumbull and Geauga [Counties], and the date of its organization was 22 January 1811. It derived its name from Ashtabula River, which signifies in Indian dialect, ""Fish River."""
1819 · Panic! of 1819