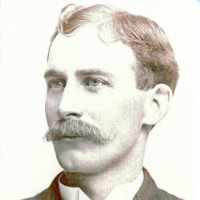 The Life of Albert Frederick Wilhelm

When Albert Frederick Wilhelm Gramlow was born on 22 November 1873, in Hubbard, Dodge, Wisconsin, United States, his father, Heinrich Christian Friedrich Gramlow, was 24 and his mother, Auguste Albertine Wilhelmine Schulz, was 19. He married Maria Magdalena Johana "Mary" Wedell on 24 January 1905, in Dickey, North Dakota, United States. They were the parents of at least 3 sons. He died on 29 May 1940, in Clement, Dickey, North Dakota, United States, at the age of 66.

Put your face in a costume from Albert Frederick Wilhelm's homelands.

Probably German, a habitational name from places called Ramelow in Mecklenburg and Pomerania.