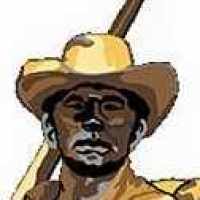 The Life Summary of Richard Demont

When Richard Demont Smith was born on 10 July 1828, in Perry, Genesee, New York, United States, his father, Jeremiah Smith, was 34 and his mother, Abigail Sasson Demont, was 27. He died about November 1850, in Michigan, United States, at the age of 22, and was buried in Utah, United States.

Put your face in a costume from Richard Demont's homelands.