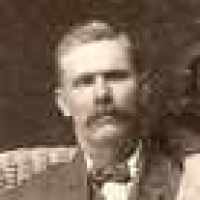 On February 1, 1861, Texas seceded from the United States. On March 2, 1861, they had joined with the Confederate States of America.
1861 · Alabama Secedes From Union