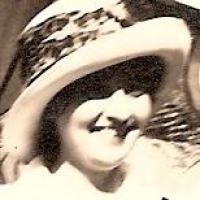 The Life of Laura Avanelle

Put your face in a costume from Laura Avanelle's homelands.

Angel Island served as a quarantine station for those diagnosed with bubonic plague beginning in 1891. A quarantine station was built on the island which was funded by the federal government at the cost of $98,000. The disease spread to port cities around the world, including the San Francisco Bay Area, during the third bubonic plague pandemic, which lasted through 1909.
1906 · Great San Francisco Earthquake

1 English (of Norman origin): from a nickname meaning ‘good’, from Old French bon ‘good’. Compare Bone 1.2 English (of Norman origin): habitational name from Bohon in La Manche, France, of obscure etymology.3 Dutch: from Middle Dutch bone, boene ‘bean’, hence a metonymic occupational name for a bean grower or a nickname for a man of little importance (broad beans having been an extremely common crop in the medieval period), or possibly for a tall thin man (with reference to the runner bean).