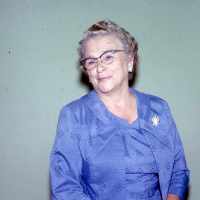 The Life of Florence Edna

Put your face in a costume from Florence Edna's homelands.

The town of Bogalusa was planned as a company town by The Great Southern Lumber Company and began in 1907.
1920

Perhaps an altered spelling of German Trinkart or Trinkert, nicknames for a drinker, or Dutch Drinckwaard, which Debrabandere suggests could be an occupational name for a publican or innkeeper, though he thinks it is more likely to be a reinterpreted form of Drinkwater .