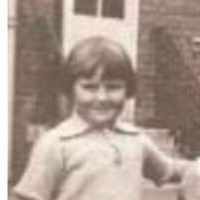 The Life of Diana Jessie

When Diana Jessie Tennant was born on 30 June 1932, in Hampstead, London, England, United Kingdom, her father, Walter Herbert Tennant, was 34 and her mother, Olive Higson, was 33. She married Michael Lee on 23 March 1959, in Adelaide, South Australia, Australia. They were the parents of at least 1 daughter. She died on 18 October 2012, in Devizes, Wiltshire, England, United Kingdom, at the age of 80.

Put your face in a costume from Diana Jessie's homelands.

During WWII a blitz took place in London. It was a German campaign against Britain,  the Germans would do night time bomb raids on the British cities.
1953

31/10/2009 About Peter's and my and childhood memories. I attach the piece that I sent to Sally. I am so sorry if any of you have been upset by it, I thought I had told you all most of it but I gues …