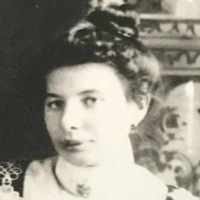 The Life of Leona Marie

Put your face in a costume from Leona Marie's homelands.

A federal law prohibiting all immigration of Chinese laborers. The Act was the first law to prevent all members of a national group from immigrating to the United States.
1884 · Iron Mining starts in Minnesota

After discovering iron ore in the Vermilion Range in North-East of Minnesota, iron mining companies began to come to the area and caused an economic boom to the area of Duluth and to the state as a whole.
1898 · War with the Spanish