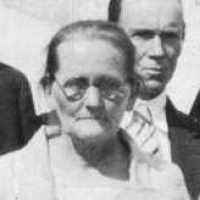 The Life of Rhoda Elizabeth

Put your face in a costume from Rhoda Elizabeth's homelands.

A constitutional convention was held on November 16, 1875, to redeem the state from the Reconstructionist Constitution which had been adopted in 1868. The constitution reduced the size of government and services provided, lowered taxes and the political constraint on African-Americans. Segregated schools were also established.
1900 · Gold for Cash!

English: nickname for a cheerful person, from a reduced form of Anglo-Norman French enveisié ‘playful’, ‘merry’ (Old French envoisié, past participle of envoisier ‘to sport, enjoy oneself’).