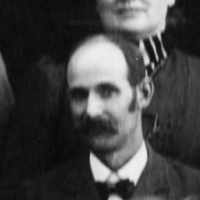 The Life of James Austin

Put your face in a costume from James Austin's homelands.

The town of Santa Fe was denied their application for a United States Postal Service as a town of Santa Fe, Indiana, was already established. Several meetings were held and the name was changed to Santa Claus, Indiana. The United States Postal Service granted their application. Due to the name, the post office in Santa Claus continues to receive thousands of letters to Santa Claus from children around the world each December.
1860 · Ohio supports the Union side of the Civil War

Although divided as a state on the subject of slavery, Ohio participated in the Civil War on the Union's side, providing over 300,000 troops. Ohio provided the 3rd largest number of troops by any Union state.
1875 · A Treaty with Hawaii