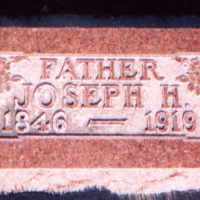 The Life Summary of Joseph Hyrum

English:habitational name with different origins. In the West Midlands this surname is most probably derived from Great or Little Wyrley in Norton Canes (Staffordshire). The placenames derive from Old English wīr ‘bog myrtle’ + lēah ‘wood, woodland clearing’. In the East Midlands, the name is possibly from Worlick in Ramsey (Huntingdonshire), the etymology of the which is uncertain. In northern England, possibly from Whirley in Over Alderley (Cheshire), which has the same etymology as the Staffordshire names. There may also be a further unlocated source of this habitational name in southern England.possibly an irregular variant of Wortley or Warley .