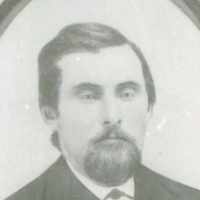 The Life of Hyder Pitt

Put your face in a costume from Hyder Pitt's homelands.

The United States Congress passed a package of five separate bills in an attempt to decrease tensions between the slave states and free states. The compromise itself was received gratefully, but both sides disapproved of certain components contained in the laws. Texas was impacted in several ways; mainly, the state surrendered its claim to New Mexico (and other claims north of 36°30′) but retained the Texas Panhandle. The federal government also took over the public debt for Texas.
1856 · The Largest Map Company in the World

William Rand opened a small printing shop in Chicago. Doing most of the work himself for the first two years he decided to hire some help. Rand Hired Andrew McNally, an Irish Immigrant, to work in his shop. After doing business with the Chicago Tribune, Rand and McNally were hired to run the Tribune's entire printing operation. Years later, Rand and McNally established Rand McNally & Co after purchasing the Tribune's printing business. They focused mainly on printing tickets, complete railroad guides and timetables for the booming railroad industry around the city. What made the company successful was the detailed maps of roadways, along with directions to certain places. Rand McNally was the first major map publisher to embrace a system of numbered highways and erected many of the roadside highway signs that have been adopted by state and federal highway authorities. The company is still making and updating the world maps that are looked at every day.
1861 · Texas Secedes from the United States