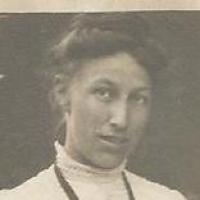 The Life of Eva Idella

Put your face in a costume from Eva Idella's homelands.

A federal law prohibiting all immigration of Chinese laborers. The Act was the first law to prevent all members of a national group from immigrating to the United States.
1883 · The Newhall House Hotel Fire

English: habitational name from any of various places named Churchill, for example in Devon, Oxfordshire, Somerset, and Worcestershire. Most were probably originally named with a Celtic element crūg ‘hill’ (which early on was reinterpreted as Old English cyrice ‘church’), to which was added Old English hyll ‘hill’.