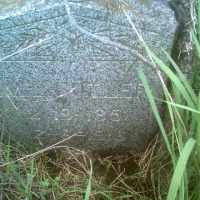 The Life of Marcus Lafayette

Put your face in a costume from Marcus Lafayette's homelands.

Mississippi became the second state to leave the Union at the start of the Civil War in 1861.
1861 · Texas Secedes from the United States

On February 1, 1861, Texas seceded from the United States. On March 2, 1861, they had joined with the Confederate States of America.
1870 · Texas Is Restored to the Union