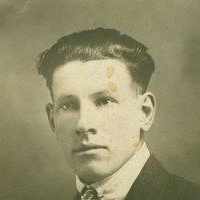 The Life of Edwin Ernest

Put your face in a costume from Edwin Ernest's homelands.

A short-lived Cabinet department which was concerned with controlling the excesses of big business. Later being split and the Secretary of Commerce and Labor splitting into two separate positions.
1918 · Fort Bragg Established

Named after Confederate General Braxton Bragg, Fort Bragg in Fayetteville, North Carolina was established on September 4, 1918. It was used as one of three training camps used during WWI.
1926 · Iowa becomes a provider of food to the world