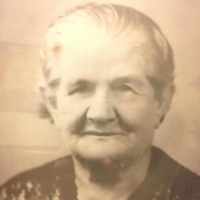 The Life of Dorethea

Put your face in a costume from Dorethea's homelands.

This Act set a price at which gold could be traded for paper money.
1902 · Montana Capital Building Completed

Construction started on the Montana state capital in 1899. In 1902 the capital was completed.
1920

German (Müller) and Jewish (Ashkenazic): occupational name for a miller, Middle High German müller, German Müller. In Germany Müller, Mueller is the most frequent of all surnames; in the U.S. it is often changed to Miller.