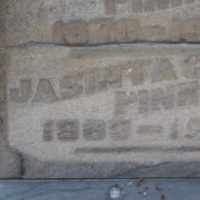 Put your face in a costume from Jasinta's homelands.

Mary Geraldine NUNES and The Church of my Portuguese Ancestors

The 128 year old, Holy Ghost Catholic Church, in Fremont, California,The United States of America, is the church of our Portuguese ancestors. I was Christened (baptized) there as a baby. My god …