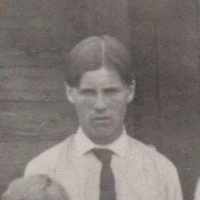 The Life of James Samuel

Put your face in a costume from James Samuel's homelands.

1 German (Blöcker): occupational name for a jailer ( see Block 1).2 English: occupational name for a shoemaker or bookbinder ( see Block ); a person called Henry le Blocker is recorded in York in 1212 . However, in some cases the English name is of German origin (see 1 above); the census of 1881 records, amongst others, a Herman Blocker and a John Blocker , both born in Germany.