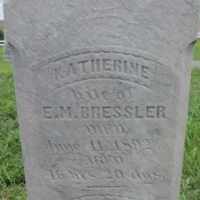 The Great Seal of the State of Iowa was created in 1847 and depicts a soldier standing in a wheat field surrounded by symbols including farming, mining, and transportation with the Mississippi River in the background. An eagle overhead bears the state motto.
1857 · The State Capital moves to Des Moines

The Capitol was located in Iowa City until the 1st General Assembly of Iowa recognized that the Capitol should be moved farther west than Iowa City. Land was found two miles from the Des Moines River to start construction of the new building. Today the Capitol building still stands on its original plot.
1863 · Battle of Gettysburg

Scottish and English:1. topographic name for someone who lived near a boundary, from Old English scēad ‘boundary’. 2. nickname for a very thin man, from Middle English schade ‘shadow’, ‘wraith’. 3. Americanized spelling of German and Dutch Schade .