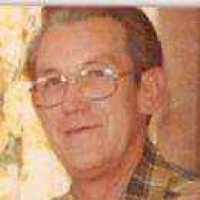 The Star-Spangled Banner is adopted as the national anthem.
1931 · The Parthenon is Built

In 1931, a full scale replica of the Parthenon in Greece was erected in Nashville, Tennessee. The Parthenon was meant to be temporary, but became a permanent part of Tennessee culture. It also has a replica of the statue of Athena the Goddess of War.At the same time a city over Memphis built  giant pyramid replica to remind everyone what the city was named for.
1945 · Peace in a Post War World