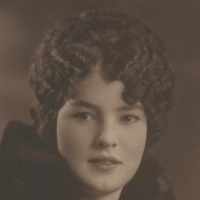 The Life of Montana Juanita

Put your face in a costume from Montana Juanita's homelands.

The first of many consumer protection laws which ban foreign and interstate traffic in mislabeled food and drugs. It requires that ingredients be placed on the label.
1913 · Women's Suffrage Demonstration

A demonstration for women's suffrage takes place on March 3, 1913. This is the first suffrage parade in Washington D.C. One of the notable women in attendance is Ida B. Wells.
1925 · Woman's World's Fair