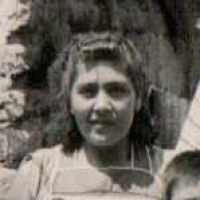 The Life of María del Carmen

When María del Carmen Leyva Ortega was born on 23 June 1920, in Mexico, Mexico, her father, Joaquín Leyva Longoria, was 18 and her mother, Hermelinda Ortega Briseño, was 24. She had at least 1 son and 4 daughters with Ernesto Balbuena Fuentes. She died on 20 March 2009, in Atlixco, Puebla, Mexico, at the age of 88.

Put your face in a costume from María del Carmen's homelands.