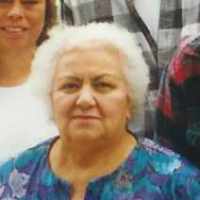 The Life of Josephine Stella

When Josephine Stella Scaranuzzo was born on 8 March 1923, in New Haven, New Haven, Connecticut, United States, her father, Domenico Scaranuzzo, was 27 and her mother, Jennie Aragoza, was 27. She married Earl Lamar Jarvis. She died on 2 January 2008, in Portland, Multnomah, Oregon, United States, at the age of 84, and was buried in Santaquin City Cemetery, Santaquin, Utah, Utah, United States.

Put your face in a costume from Josephine Stella's homelands.