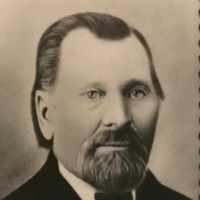 Danish, Norwegian, and North German: patronymic from the personal name Christian . In North America, this surname is also an altered form of the Norwegian and Danish variant Kristiansen .

Americanized form of Danish, Norwegian, or North German patronymic Christensen , a cognate of 1 above. Compare Christianson .

Niels Christian Christiansen was born in Trustrup Dolby, Denmark on 4 October, 1817. As a young man he learned the trade of a mason. It was the custom in Denmark at that time for young men early in …