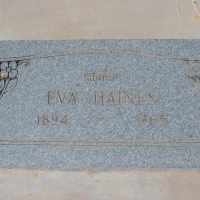 The Life of Mary Eva

Put your face in a costume from Mary Eva's homelands.

English and Catalan: occupational name for a trader, from Old French mercier, Late Latin mercarius (an agent derivative of merx, genitive mercis, ‘merchandise’). In Middle English the term was applied particularly to someone who dealt in textiles, especially the more costly and luxurious fabrics such as silks, satin, and velvet.