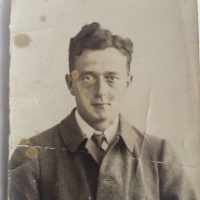 The Life of Gustav

Put your face in a costume from Gustav's homelands.

On August 1, 1914, Germany declared war on Russia, sparking World War I. This would not be the last time Germany caused a world war. After the Allies defeated Germany, they signed the Treaty of Versailles.
1918

1 German: nickname for a glutton, from a derivative of Middle High German slicken ‘to gulp or swallow’.2 North German: topographic name for someone who lived in a marshy area, from Middle Low German slik ‘slime’, ‘bog’.3 Jewish (Ashkenazic): of uncertain origin, probably an unflattering name from German Schlick ‘slime’, ‘mud’, imposed by a non-Jewish government official.

Beth Jenee Lewis died in a drowing accident on the Naselle River, in Naselle, WA, USA where her parents were camping and fishing. I was visiting at the home of my Mother, Irene Schlick and my Brother …