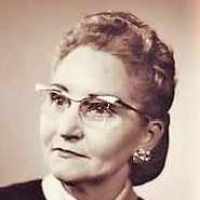 The Life of Clara Mae

Put your face in a costume from Clara Mae's homelands.

This Act set a price at which gold could be traded for paper money.
1904 · William H. Fuller Grows 70 Acres of Rice

Rice is one Arkansas leading crops, in 1904 William H. Fuller planted 70 acres of rice, this act is what started the making rice the leading crop in Arkansas.
1923 · The President Dies of a Heart Attack