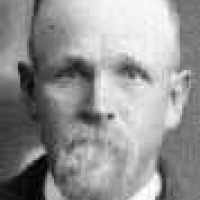 The Life Summary of David Harland

Put your face in a costume from David Harland's homelands.

Son of Marial Thompson and David Barnes Crosby. Marial Thompson is also the mother of Nephi Draper, which is David Harlans Crosby's half brother. David never married. Marial and Nephi are also buried …