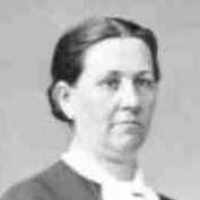 The Life of Louisa

English: habitational name from any of the numerous places in northern England named Bolton, especially the one in Lancashire, from Old English boðl ‘dwelling’, ‘house’ ( see Bold 2) + tūn ‘enclosure’, ‘settlement’.

LOUISA BOLTON Written by Karen Bolton Ward June 7, 2020 Louisa Bolton, my great-grandmother, mother of Lewis P. Bolton who was the father of George …