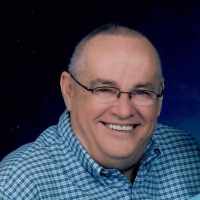 The Life of Arthur Adrien

Put your face in a costume from Arthur Adrien's homelands.

The G.I. Bill was a law that provided a range of benefits for returning World War II veterans that were on active duty during the war and weren't dishonorably discharged. The goal was to provide rewards for all World War II veterans. The act avoided life insurance policy payouts because of political distress caused after the end of World War I. But the Benefits that were included were: Dedicated payments of tuition and living expenses to attend high school, college or vocational/technical school, low-cost mortgages, low-interest loans to start a business, as well as one year of unemployment compensation. By the mid-1950s, around 7.8 million veterans used the G.I. Bill education benefits.
1955 · USS Swordfish (SSN-579) is Launched

USS Swordfish (SSN-579), the first American atomic submarine, was launched from Portsmouth Naval Shipyard in Kittery, Maine. The ship was ordered on July 18, 1955 and launched on August 27, 1957
1960

1 Jewish (from Belarus): variant of Begun .2 Variant of the Irish surname Beggin, Anglicized form of Gaelic Ó Beagáin ‘descendant of Beagán’, a personal name from the diminutive of beag ‘small’.