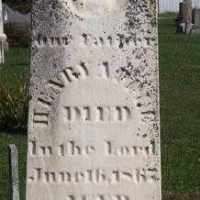 Lewis and Clark set out from St. Louis, MO to explore the West.
1810 · Change of capital city

1 English: from Middle English appel ‘apple’ (Old English æppel), acquired as a surname in any of various senses: a topographic name for someone living by an apple orchard; an occupational name for a grower or seller of apples; or a nickname for someone supposed to resemble an apple in some way, e.g. in having bright red cheeks. The economic importance in medieval northern Europe of apples, as a fruit that could be grown in a cold climate and would keep for use throughout the winter, is hard to appreciate in these days of rapid transportation and year-round availability of fruits of all kind.2 Americanized form of Appel or Apfel .